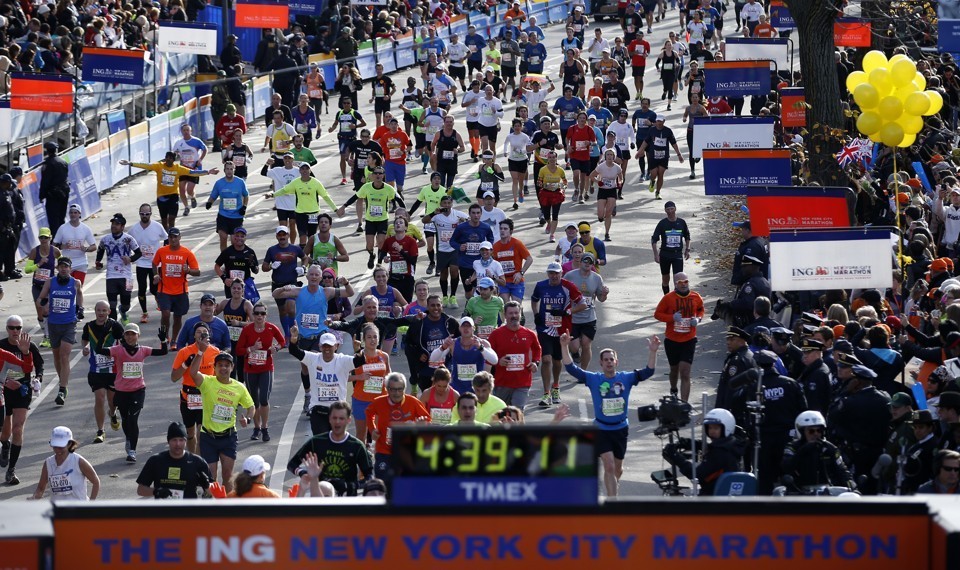 Each year, cities, regions, and other organizers around the world host 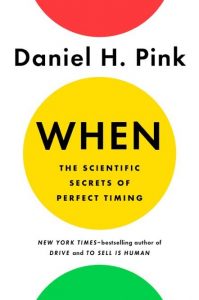 around 3,000 marathons. In large races like the Los Angeles Marathon and the London Marathon, more than half the participants are running a marathon for the very first time.

For Red Hong Yi, an artist based in Malaysia, “a marathon was always one of those impossible things to do,” she told me in an interview, so she decided to “give up my weekends and just go for it.” She ran the 2015 Melbourne Marathon in Australia, her first, after training for six months. Jeremy Medding, who works in the diamond business in Tel Aviv and for whom the 2005 New York City Marathon was his first, said that “there’s always a goal we promise ourselves” and that a marathon was one box he hadn’t ticked. Cindy Bishop, a lawyer in Central Florida, said she ran her first marathon in 2009 “to change my life and reinvent myself.” Andy Morozovsky, a zoologist turned biotech executive, ran the 2015 San Francisco Marathon even though he’d previously never run anywhere close to that distance. “I didn’t plan to win it. I just planned to finish it,” he told me. “I wanted to see what I could do.”

Of all the axioms describing how life works, few are sturdier than this: Timing is everything. Our lives present a never-ending stream of “when” decisions—when to schedule a class, change careers, get serious about a person or a project, or train for a grueling footrace. Yet most of our choices emanate from a steamy bog of intuition and guesswork. Timing, we believe, is an art.

In fact, timing is a science. For example, researchers have shown that time of day explains about 20 percent of the variance in human performance on cognitive tasks. Anesthesia errors in hospitals are four times more likely at 3 p.m. than at 9 a.m. Schoolchildren who take standardized tests in the afternoon score considerably lower than those who take the same tests in the morning; researchers have found that for every hour after 8 a.m. that Danish public-school students take a test, the effect on their scores is equivalent to missing two weeks of school.

Other researchers have found that we use “temporal landmarks” to wipe away previous bad behavior and make a fresh start, which is why you’re more likely to go to the gym in the month following your birthday than the month before.

Chronological decades have little material significance. To a biologist or physician, the physiological differences between, say, 39-year-old Fred and 44-old Fred aren’t vast—probably not much different than those between Fred at 38 and Fred at 39. Nor do our circumstances diverge wildly in years that end in nine compared with those that end in zero. Our life narratives often progress from segment to segment, akin to the chapters of a book. But the actual story doesn’t abide by round numbers any more than novels do. After all, you wouldn’t assess a book by its page numbers: “The 160s were super exciting, but the 170s were a little dull.” Yet, when people near the end of the arbitrary marker of a decade, something awakens in their minds that alters their behavior.

For example, to run a marathon, participants must register with race organizers and include their age. Alter and Hershfield found that nine-enders are overrepresented among first-time marathoners by a whopping 48 percent. Across the entire lifespan, the age at which people were most likely to run their first marathon was 29. Twenty-nine-year-olds were about twice as likely to run a marathon as 28-year-olds or 30-year-olds.

Meanwhile, first-time marathon participation declines in the early 40s but spikes dramatically at age 49. Someone who’s 49 is about three times more likely to run a marathon than someone who’s just a year older.

What’s more, nearing the end of a decade seems to quicken a runner’s pace—or at least motivates them to train harder. People who had run multiple marathons posted better times at ages 29 and 39 than during the two years before or after those ages.

The energizing effect of the end of a decade doesn’t make logical sense to the marathon-running scientist Morozovsky. “Keeping track of our age? The Earth doesn’t care. But people do, because we have short lives. We keep track to see how we’re doing,” he told me. “I wanted to accomplish this physical challenge before I hit 60. I just did.” For Yi, the artist, the sight of that chronological mile marker roused her motivation. “As I was approaching the big three-o, I had to really achieve something in my 29th year,” she said. “I didn’t want that last year just to slip by.”

However, flipping life’s odometer to a nine doesn’t always trigger healthy behavior. Alter and Hershfield also discovered that “the suicide rate was higher among nine-enders than among people whose ages ended in any other digit.” So, apparently, was the propensity of men to cheat on their wives. On the extramarital-affair website Ashley Madison, nearly one in eight men were 29, 39, 49, or 59, about 18 percent higher than chance would predict.

“People are more apt to evaluate their lives as a chronological decade ends than they are at other times,” Alter and Hershfield explain. “Nine-enders are particularly preoccupied with aging and meaningfulness, which is linked to a rise in behaviors that suggest a search for or crisis of meaning.”

Reaching the end also stirs us to act with greater urgency in other arenas. Consider the National Football League. According to an analysis of 10 NFL seasons conducted by Stats, teams scored a total of about 3,200 points in the final minute of the games, which was higher than almost all other one-minute game segments. But it was nothing compared to the nearly 7,900 points teams scored in the final minute of the first half. During the minute the half is ending, when the team that possesses the ball has every incentive to put points on the board, teams score around double what they score during any other minute of the game.

Clark Hull, even though he was born nearly 40 years before the NFL’s founding, would not have been surprised. Hull was a prominent American psychologist of the early 20th century, one of the leading figures in behaviorism, which held that human beings behave not much differently from rats in a maze. In the early 1930s, Hull proposed what he called the “goal-gradient hypothesis.” He built a long runway that he divided into equal sections. He placed food at every “finish line.” Then he sent rats down the runway and timed how fast they ran in each section. He found that “animals in traversing a maze will move at a progressively more rapid pace as the goal is approached.” In other words, the closer the rats got to the vittles, the faster they ran. Hull’s goal-gradient hypothesis has held up far longer than most other behaviorist insights. At the beginning of a pursuit, we’re generally more motivated by how far we’ve progressed; at the end, we’re generally more energized by trying to close the small gap that remains.

The motivating power of endings is one reason that deadlines are often, though not always, effective. For example, people with a gift certificate valid for three weeks are three times more likely to redeem it than people with the same gift certificate valid for two months. People given a hard deadline—a date and time—are more likely to sign up to be organ donors than those for whom the choice is open-ended. At one level, these differences make little sense. The people with two months to cash in the gift certificate had four times as much time to obtain something that was rightfully theirs and uniformly beneficial. The prospective organ donors with a deadline somehow signed up more often than those who had forever. But as with Clark Hull’s rats, being able to sniff the finish line—whether it offers a hunk of cheese or a slice of meaning—can invigorate us to move faster.